A beautiful and relaxing place in the mountains

Last year we visited a wonderful place. Very quiet, relaxing and with amazing views of END_OF_DOCUMENT_TOKEN_TO_BE_REPLACED

A beautiful and relaxing place in the mountains

Here on my blog, I probably have more posts about yoga than about other physical END_OF_DOCUMENT_TOKEN_TO_BE_REPLACED

The Coronavirus lockdown has changed the game for anyone who wants to get some exercise, the END_OF_DOCUMENT_TOKEN_TO_BE_REPLACED

Are you a big yoga fan? Does this activity give you great energy and mood? END_OF_DOCUMENT_TOKEN_TO_BE_REPLACED

Spanish food culture is from another world, people tend to communicate a lot while eating, END_OF_DOCUMENT_TOKEN_TO_BE_REPLACED

Wanderlust is the name of the festival which takes place worldwide. The event includes three main things: meditation, yoga and 5k running. Organizators call it The World’s Only Mindful Triathlon. This is a gathering of people who want to live a healthier and more active life.

My friend showed me Wanderlust which was supposed to take place after two days in Madrid. There was too little time left to plan everything but something inside pushed me to go there. So we planned our trip and decided to go to Madrid which was 350 kilometres from our home. I am very happy to be living in Spain and having the opportunity to participate in such events.

Before moving to Madrid I had thought about yoga and meditation, how it would be interesting to do it with plenty of people at the same time. The most worrying thing for me was the 5k running. I thought it would be really hard to run 5k without any preparation. My friend calmed me down and we decided to practice a little bit one day before our departure. It was a very good decision and later it helped a lot.

I want to share my impressions of this event and maybe it will be helpful for those who are planning to go there.

First of all, let’s talk about prices because sometimes it is the most important thing before deciding if we should attend an event. The festival was on 6 October, however I had heard about some early bird tickets in June for about 30 euros. As we went to the event at the last minute the prices already ranged from 40 euros to 80 euros.

The high-end price was for VIP entrance. For that price you could have more opportunities at the event. It was great that we could still buy more affordable tickets at the last minute. Despite the lower price we still got some gifts. I really liked them. We got water, a smoothie, a beautiful t-shirt, Rituals foaming shower gel, Weleda day cream, a nut protein bar and Adidas sport scarf. I think the gifts were useful and valuable.

The place was really good. It was in Hipódromo de la Zarzuela in Madrid. A very spacious and beautiful place. I liked how the space was divided into separate zones for different activities, it seemed like the whole place was well used. It was clear enough to find everything what we wanted. It was also very sunny and the whole environment was surrounded with greenery. So the environment, music and light workout activities, everything put together gave magical energy to the whole event.

As it is usual in festivals, in this one there were food trucks as well. I don’t remember how many of them were in the event but at least 5 or 6. There was fast food, though somewhat healthier than elsewhere. It was possible to find nachos, tacos, sandwiches, crepes and some vegan options as well.

We chose a food truck which offered vegetable bowls and we stood in the queue for a good hour or even more. Then the girl came and said that they no longer had food and closed the food truck. It was very unpleasant. We were really hungry and the rest of the food trucks also had long queues so it was not possible to get food anymore.

The worse thing was that the venue was in the fields and around there were no stores or restaurants/cafes. We were left without food but fortunately we had some nuts and dried fruits in the car, it saved us.

There were some things organised really well and some of them really badly. For example, I liked how the environment was organized, the decorations and the fact that there were some really good and interesting shops and, of course, fun workout activities.

What I didn’t like was that there were too few choices of food, the whole event started later than planned (maybe it is normal in Spain) but I think the welcoming speech was way too long and very monotonous.

I also disliked that we were not able to sign up for additional activities because of the long queue and bad event organization. We could try only one remaining activity that was to take place at the same time as the running. We participated in it for only 15 min because we needed to prepare for the 5K run which was 1 of 3 main activities in the event. So I think they lacked good planning for additional activities.

We thought it would be logical to put running in the first place and yoga and meditation after it. Unfortunately, everything was the opposite. First activity was yoga, later meditation and in the evening (last activity) was the 5k running.

So the very first activity was group yoga. I don’t even know how many persons were involved but the whole square looked impressive. In total, 3 yoga instructors were giving the class. Two of them were from Spain and the last one was Adriene (famous yoga teacher from US who has 4 000 000 followers on YouTube).

I really enjoyed this activity. Perhaps the first teachers seemed a little bit strict to me and it looked like fitness rather than a typical yoga class. However, when Adriene started her yoga session it was really nice. My opinion is such because I am used to Adriene and I watch a lot of her videos on YouTube so maybe her yoga style works best for me.

Anyway, it was a wonderful experience to learn something new from all teachers and I am very grateful for it. Most of all, I enjoyed the opportunity to meet and talk personally with Adriene herself.

Meditation started right after the yoga class. At that time it was midday. On a sunny day even in the autumn it is still really hot here in Spain. Keep in mind that we had already spent a long time in the sun through the yoga class. That was the biggest problem. It was very difficult to sit still in that heat.

I started feeling a little bit dizzy. After 10 minutes I stopped my meditation and went into the shade. Meditation itself was good but a lot of people started going into the shade somewhat distracting each other. It was a challenge to concentrate and continue the class.

After all, meditation is about being able to be here and now no matter what the circumstances are. However, when you are at risk of sunstroke you need to do something to protect your health. After a little rest in the shade I felt much better.

As I wrote 5k running was the last thing in the evening. I didn’t like that this activity was the last one because we had had a lot things through the whole day and felt a little bit tired after all the activities and emotions. However, we wanted to do it.

It was really hard to understand where the run would start because there weren’t any signs. We started asking people where we needed to start but nobody knew it. So we waited on main square near the main scene and finally much later warming up started.

Ultimately, we ran the whole 5k and after it we were glad we were able to reach the finish line. It was an achievement for me because normally outside I could only run 2 kilometres and after it my heart would always begin to hurt. Only on a treadmill I could run more than 5k (I think it depends on the speed, on a treadmill it is easier to keep up the same pace than outside). So it was a fun experience, not counting the boring run track around the stadium.

In the event it was possible to try other interesting workouts, from some cardio to a lot of variations of yoga, for example acro yoga which we really wanted to try but there were no places left. Only one activity was left and it was bikram yoga. I had never done it before so it was quite interesting to try it.

The class was intense enough and we felt strange energies inside. However, we were able to stay for only 15 minutes and needed to go for run preparation. I am still interested in this type of yoga and want to try the whole class.

My final impressions are great. I think it is worth to go to this event and enjoy the wonderful energy and great activities. I want to share some tips that would be useful before going to this event.

You can find more information on their website about the upcoming events.

I hope you will enjoy your time in the event! 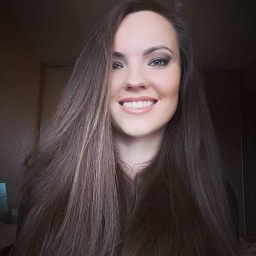